Should You Write A Book? 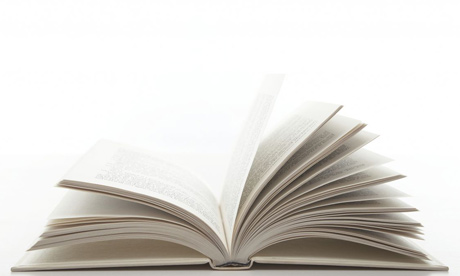 Ask yourself these three questions

The time has never been brighter for would-be authors to sit down and write that first book. According to the statistics, the number of self-published books in Canada in 2013 alone rank in the hundreds of thousands. Those are pretty stark numbers when you compare them to the 20 to 30,000 publications published by traditional publishers. That’s not to say it’s not worth going the traditional route, though it is worth noting that an increasing number of successful self-published authors eventually find themselves on the radar of traditional publishers too, making the argument that one road can lead to the other.

Besides, with new technology and software out there and the rise in ereaders such as Kindle and Kobo, it’s become pretty simple to self-publish. According to a recent Toronto Star article, in fact, of Kobo’s top 50 bestsellers in 2013, five to 10 came from Kobo’s own free upload for ebooks, kobo.com/writinglife, while at Kindle, 14 self-published titles sold over one million copies each in 2013—a sharp increase from the previous year’s numbers: two.

But we’re getting ahead of ourselves. Let’s go back a few steps. If you’re one of those people who scratch their heads and question whether writing a book is the right step for you, these questions should help you decide:

1.    Do you want to elevate your personal brand? Here’s a reality check for anyone who grimaces at the term “personal brand”: if you’re eschewing its importance in this day and age, you may as well pack up your things and call it a day. If you want to move ahead in a world so cluttered with messaging, with voices, elevating your public identity is essential. A book is your calling card, brochure, business card, website, portfolio all rolled up into one. In other words, it’s your personal brand personified.

2.    Do you want to be seen as an expert in your field? Here, of course, I’m referring to non-fiction authors, not fiction. Those publications are important too – but for very different reasons. Whether or not an author always deserves the reputation, people who’ve written a book are often seen in a certain light, with the assumption that they know a lot about a specific area.

Being viewed as an expert can have huge payoffs if you’re a consultant looking to grow your business – and especially considering that need to rise above the clutter mentioned above. Keep in mind, experts are the ones that show up on business/news programs on radio and television. They’re the ones interviewed as sources for journalists writing articles or producing documentaries. Being seen as an expert is a powerful place to be.

3.    Do you want to become a (better) public speaker?  Speaking engagements are not only wonderful mediums to further establish one’s reputation as an expert, they can be great sources of extra income. Think about the last time you went to hear someone speak – especially someone who got paid to do so. Did you ever ask yourself how they got there? More and more, it was thanks to – or helped by – a book. Now think about how they ended their speech: with a pitch for that same book. It may seem overly self-promotional but this is how it works these days, folks. Most speakers needs a book to establish a level of expertise in order to get them to that podium in the first place. They then use it to bookend their next engagement. And so on and so on.

If you’re still unsure of whether writing a book is the right step for you, ask yourself this one question: aside from celebrities who show up to plug their movies, have you ever heard Jon Stewart introduce a guest without the words, “…and the author of ….”?